The Morph Ring allows you to transform into several different NPC's that can be used in combat or just to hang out with.

To obtain various NPC's, you have to get a certain amount of charges for each NPC.

To charge the ring there are three different options:

Number of charges for each NPC

NOTE: Charges are not used once you morph into an NPC. You can transform into them once you've got the charges any time you want.

NOTE 2: If you die with the Morph Ring on, you will lose 50 Charges.

Getting the Slayer Points

Before you begin gathering the Slayer points make sure that you purchase the Slayer Brawling gloves (Costs 750M and 750 PkHonor Points. The Slayer brawlers have the same stats as barrows gloves and also give an additional 30% slayer experience and extra points.

These are the recommended tasks for getting the fastest Slayer Points.

To acquire the ring you must have 99 Construction so that you are able to put nomad in your house dungeon. Nomad will cost 500M to put in your house. You will also need the magic stone to build the magic chest in your dungeon. You need to kill nomad to get the key to the magic chest(you have a chance of getting the morph ring from the chest).

To acquire the ring you must (have): 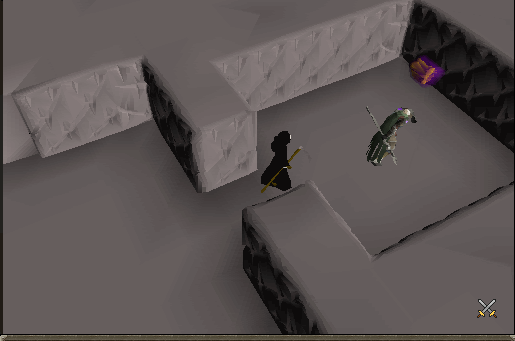 Why get the Morph Ring?

The main purpose of obtaining the Morph ring is to fully charge it and gain the ability to turn into a Grim reaper which is really great for PVM'ing. 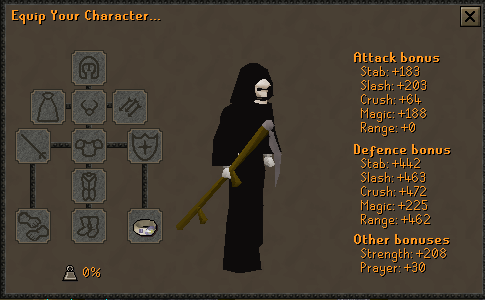 NOTE: In the Normal World any Morph has reduced stats and vice versa (meaning normal players have reduced stats in the Morph world), so to have the full stats you have to go to the Morph World by clicking the teleport in the spellbook.

What is Morph Realm

Morph Realm is like a separate world for players who are morphed into NPC's. If a player without morph goes to Morph Realm, his combat stats are reduced by 20% and vice versa.

Morph Realm was created mainly because of the Morph Ring. Players with 'Grim Reaper' NPC are really powerful so they could crash everyone in the normal world, that's why a separate realm was created for Grim Reapers.