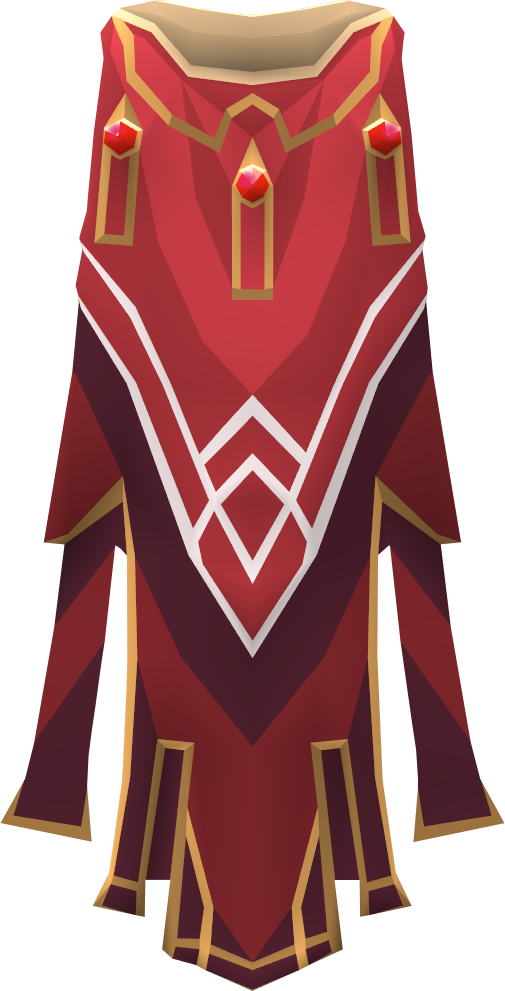 The Completionist Cape is a best in slot cape available to players who have completed a majority of the content available in-game. It can be purchased from the Cape Rack in the Costume Room of a player owned house.

When you have achieved at least 200M XP in all skills, you are able to combine your Completionist Cape with any Custom Whip, granting you the Whip's bonuses special effects and special attack. These capes are obviously untradeable. You cannot wear a custom whip and completionist cape of the same enchantment at the same time. Combining costs 300M coins and will result in the whip being destroyed (this can be done at a Marble Cape Rack). You can undo this by returning the enchanted cape and sacrificing a normal Abyssal Whip, then you'll get the original (unenchanted) Completionist Cape and the custom whip back (however this can only be done at a Magical Cape Rack!)