Titan Events are extremely dangerous. Don't bring any items into the wilderness that you aren't willing to lose! 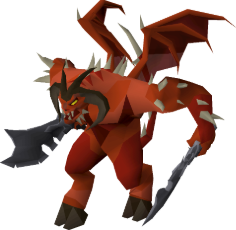 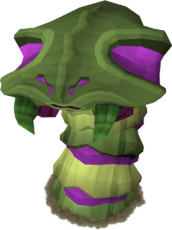 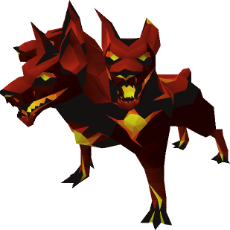 A Titan is an extremely powerful NPC controlled by a staff member. During an event, the Titan will roam the wilderness. Players can choose to kill the Titan or each other. Titans have very high hitpoints, attack, strength, defence, range, and magic levels. Each Titan will have their own unique stats and abilities, making each event different. Before each event, there will be a forums post in the events section with all the relevant information.

Players who deal the most damage to the Titan will receive a reward. Generally, there are rewards for the Top 20 players. Check each individual thread in the Events section on the Forums.

Each Titan has Special attacks that can deal massive amounts of damage. Watch out for the animations and keep your health high!

Titan Accounts count as regular players, not NPCs. So any item that you use to attack the Titan will behave as it would when attacking another player in the wilderness. Items like custom whips, enchanted completionist capes, and Armadyl Crossbow wont have the same effects on the Titan as they do in PvM. There is no cooldown on the special attacks.