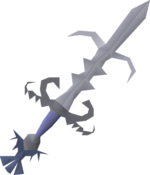 Player killing (PK'ing, Player v Player or PvP) is the act of two or more players engaging in combat until the opposition is slain! PK'ing can be a lucrative way of earning money. For example, many players will challenge others to 'risk-fights' as their main source of gaining wealth. This guide will go through the basics of PK'ing, as well as an introduction to a variety of specific PKing set-ups and the tactics they require!

There will also be a section which includes tips and tricks to help you maximize profit and killing potential.

The most popular destination to PK is Edgeville wilderness (known as 'Edge'). 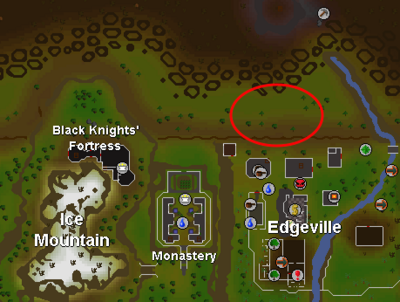 Items available to buy back from the refund box;

Unless you protect your cape, it will automatically be sent to the refund box on death. The player who killed you will receive the full refund cost on top of the other loot collected from your body.

'Spec' weapons are weapons which can use up your special attack bar meter in exchange for a powerful attack. The function of these weapons is to output a high amount of damage within a short amount of time, in order to catch an opponent off-guard and K.O. them.

To activate a special attack a player must equip the weapon then activate the special attack bar and then click on the opponent. It used to be so that you did not have to re-click the player and the spec would go off instantly. However, this was removed. Although, with the right speed you can essentially pull off an instant special attack.

How do I pull off an instant spec?

Using F-keys it is possible to switch from your inventory tab to your special attack tab instantly. Also, placing the spec weapon in the inventory space shown below means that there is less movement needed and therefore a cleaner special attack activation.

Welfare PK'ing (known as 'Welf') involves using the cheapest gear possible to PK with. Even in welfare gear, the maximum hit can be high subject to RNG. The aim of welfare PK'ing is to risk the least amount of money on death. It is a cheap way to earn PKs. 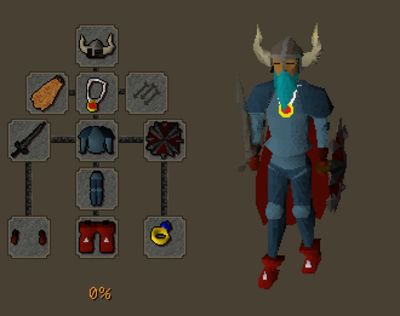 The Shadow sword is an untradeable item obtained from the advanced combat rack in the combat room in your player-owned home. It requires level 54 construction to gain access to it. Its stats are marginally better than those of a dragon scimitar.

Brawlers have the same stats as barrows gloves however they are untradeable and drop on death for you to pick up within 5 minutes or they disappear. Brawlers required 99 construction. 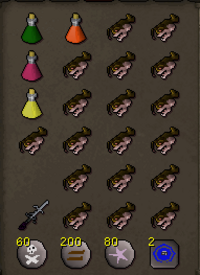 Be sure to only bring 1 item which you can protect if you die. This will be your special attack weapon. Super combats are advised as they save inventory space, meaning you can last longer in a fight by bringing more food. Always remember a tab! 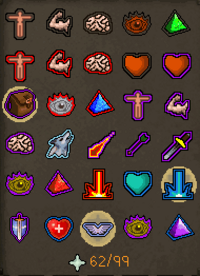 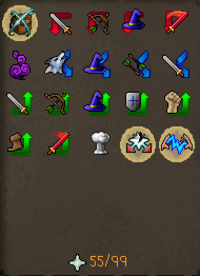 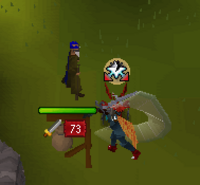 With curse prayers activated and a dose of a super combat potion, the max hit in this gear is a 73 (with a Zaros Godsword (Bandos).

Welfare PK'ing gives you average defence bonuses. However it still allows for powerful special attacks. The aim of welfare PK'ing is to risk the minmum amount of GP versus an opponent. Also, if you are new to PK'ing it is a good way to introduce yourself to the realm of player killing.

Special attack weapon are very powerful and can be used on their own to kill an opponent. It is best to use the special attack when you have hit your opponent down to low hp. If you get lucky, your special attack will be so high that it will outhit their eating.

Dharoking pking (known as 'dh') is a popular PK'ing setup. When wearing a full set, Dharok's armour has a special effect known as Wretched Strength. This means that the lower a player's remaining hitpoints are, the higher maximum hit the player can inflict with the set equipped. This refers to the use of the Dharok's Greataxe only. Therefore, a successful DH fight involves a lot of low-HP risking in order to pull off potentially massive K.Os. 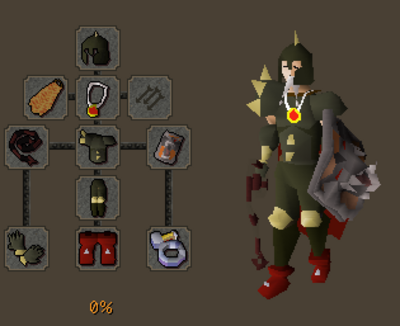 This gear set-up risks a decent amount of GP. DH PK'ing can be quite profitable. 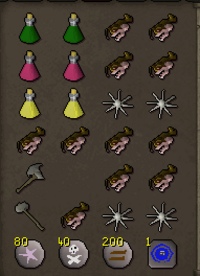 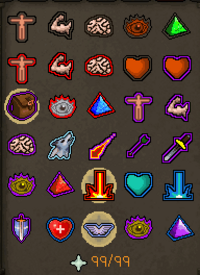 In Dh fights, players normally make use of the wrath or retribution prayers. This is because using soul split heals you when you successfuly attack an opponent. The point of DH'ing is to be on the lowest HP possible when using the axe, and so using soul split would negatively affect your max hit by increasing you HP. Also, opponents are likely to risk their HP when K.O'ing you so using retribution and wrath may take them down with you.

A classic tactic in DH PK'ing is using a granite maul. Since DH PK'ing requires low-hp risks, a granite maul can easily K.O an opponent who is risking their HP. Other than the granite maul, both Dragon claws and Godswords are viable K.O weapons that hit well on DH armour.

The 'mauler' is a set-up which uses a chaotic maul into a granite maul. This combination is deadly in PvP situations. 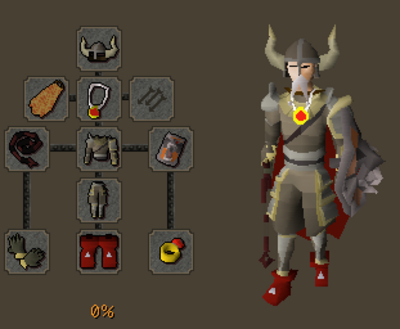 The perfect ring is the BIS melee ring slot. Unless you do not want to risk losing your chaotic maul, using a pefect ring (or berserker ring i) will greatly increase your max hit and accuracy.

Pure Pk'ing is an extremely fun yet somewhat difficult concept. Combat pures aim to maximise player killing potential when training skills. The easiest way to do this is by following the general rule of thumb of maximising offensive stats while remaining as low combat as possible.

The most common type of pures are the following: 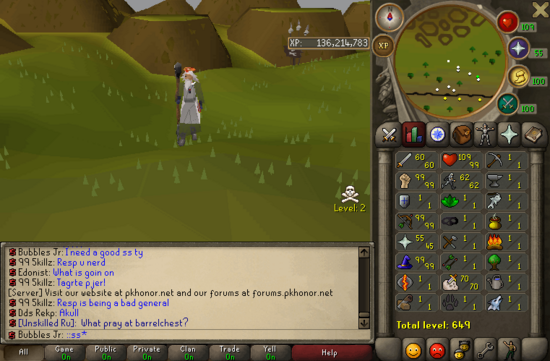 This pure can be customised with various different setups to suit its stats. Shown above is the NH pure setup. An ideal Inventory setup for the Nh pure setup 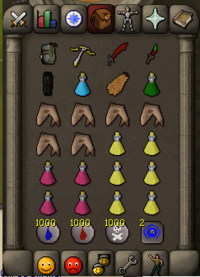 Another setup viable for this pure's stats is the range to melee setup, although not exclusively limited to the weapons shown below. The inventory should remain somewhat consistent to below however. 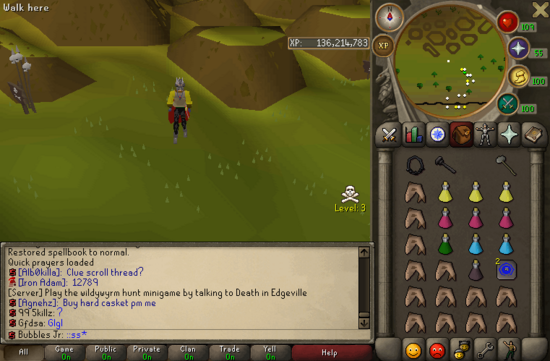 One of the most powerful and fun accounts to pk on. The berserker or simply “Zerker” aims to maintain decent defence bonuses with the ability to use barrows gloves and berserker helm. (Picture of gear setup and stats)